Putting all of the meat on the fire. 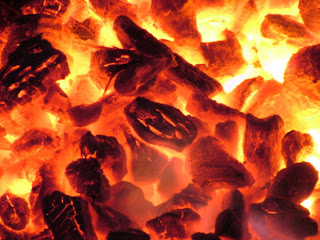 From Rick McGarry of Tango and Chaos:

"The Holy Grail of Tango is entrega... and entrega is a trinity. It has three parts: man, woman, and music. To attain it, a man and a woman must both have an informed passion for the music. They must understand and feel deeply together, and they must both be willing to put all the meat on the fire—to surrender themselves with no self-consciousness and no vanity."

Forgive me, patient readers, I've been writing in reverse order, trying to remember everything from this amazing past weekend. Grisha's lesson on Sunday was, as I've noted in two previous posts, wonderful, but so were the milongas Friday and Saturday night! I'm constantly astonished by how much I still have to learn just by putting miles on the floor.

Last week was exhausting and I was trying very hard not to get caught up in a "Sneaky Hate Cycle" from so much stress at work. Of course dancing took care of that pretty quickly.

Uptown Dance's milonga, hosted by Juan Carlos and Alicia Suarez, is somewhat lightly attended but it's gotten to be a very cozy atmosphere. The floor is very nice and pretty big, but thanks to the table arrangements, doesn't feel too big. And Friday night, I think I may have danced every tanda. My feet certainly felt like they danced every tanda. I was in a blissful tango euphoria from my first dance.

Then another milonga at Esquina Tango Saturday night, that was so warm, connected and blissful that I danced until I almost couldn't walk. (Okay, that was too much dancing, perhaps. As my fellow blogger at Tango-Beat would say, that kind of tango isn't sustainable. )

At least part of the reason, maybe the whole reason, I think I had such a beautiful weekend of dancing was because I have been so deeply involved in a "conversation" that's been spanning a few tango writers' blogs about "the gift" in tango . . .

More on the Gift and Entrega 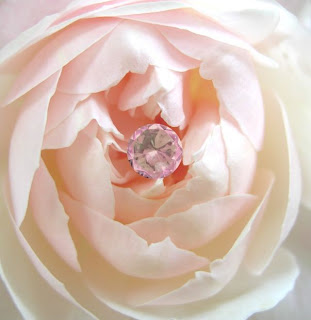 Author's note: In this blog, I use "the gift" and "entrega" mostly interchangeably. Other bloggers writing about both subjects may not. For me, the gift is everything I have in the moment to surrender to my partner and to the music.

After writing and reading so much about "the gift" here (Sallycat's "The Milonguero's I Love"), here (MyTangoDiaries), here (Accidental Tanguista), here (Tango Commuter), and here (Tango-beat), I decided to be as bright, relaxed and open as I could, not only to be in the kind of "place" to be able to give (and receive) the gift, but to untangle the knots I was in from the week I'd had.

It was, and is, hard to maintain, harder than it seems it should be, and that critical inner voice came up so subtly that at first I didn't notice it. Soon I was telling myself I wasn't following well, wasn't as responsive as I should be etc etc. This led me to a bit of a revelation about myself, about surrendering to the music, and to my partner - everything that makes the gift, or entrega (the surrender) possible.

The gift is an iterative process. I get better at giving it, and being open to it, the more often I try it.

(I swear I heard Yoda just then, as I wrote that last sentence, "Do, or do not. There is no try.")

So I do it, whenever I am able, with the assumption that what I can give will be received well. And both Friday and Saturday night, it was received well, Better then well, actually. I haven't been that happy and relaxed in a very long time.

Another adjustment I had to make to my thinking, was picturing the gift, or entrega, as a sort of toggle switch. Either it's on or it's off. Sometimes I can surrender to it (on), sometimes I can't - or I simply can't maintain it (switch off). This weekend I got a different kind of picture in my head about it and it stopped me from being so critical of myself when I couldn't seem to let go. Instead of a light switch, the gift of entrega, is more of a dimmer dial. Sometimes it's brighter, sometimes it's more subdued. Not a switch, but a spectrum.

So what's the point? Other dance-limiting assumptions.

I know that these observations are just my overly-analytical way of feeling things out, of understanding things. It's also a way for me to get a handle on some of the negative self-chatter that so often fills my head. Those thoughts don't just limit my ability to follow well and enjoy the dance - but also limit who I seek dances with, which makes my tango world a little smaller than it should be.

There have been leaders I've avoided eye contact with because I was afraid I would disappoint them if I danced with them. I made assumptions about what they were looking for in the dance, based on the way they appeared to dance with other followers. While other followers seem to try to get dances with visiting teachers, I hide behind pillars, in kitchens, and on patios. I have that much fear about disappointing them. I know that attitude is not only limiting, but ultimately counter-productive. Tango dancers grow by dancing with more, and different, people.

It happens with leaders that aren't even teachers, but simply dance a different, usually fancier, or bigger, style than I dance. Part of why I went to Grisha Nisnevich, via Daniela Arcuri, was to overcome my timidness when dancing with non-milonguero leaders.

When I told one leader who had asked, that I simply had a preference for very close/milonguero style of tango, he chided me a little bit. He asked me if I had had classes on some of what I was calling the "bigger, flashier stuff" - had I learned any nuevo? Had I had any classes on open-embrace, or specifically fluid embrace tango?

Well, no. Not exactly. Not at all, really.

He answered, then you're speaking from a pretty uneducated bias. I smirked at that, but he was right. I have spent a large amount time on classes and privates focused on my walk and my embrace, while other dancers have been taking workshops on the "-adas" (colgadas, sacadas, volcadas etc.)

Specifically (until my lesson with Grisha) I wasn't focusing on any material that was particularly dependent on my free leg. My walk and my embrace are coming along, but until I can really relax my free leg, I'm severely constraining what my leader can lead me. A few assumptions were limiting what I was "willing" to learn.

So my week end was filled with dancing bliss, a few moments of hopefully enlightened thoughts, and about 9 pages of notes to turn into meaningful blog posts. A pretty fulfilling weekend all around.

Tango is art. If another artist chided you for not learning Cubism and Impressionism because you preferred sculpture, would you apologize and agree? If the embrace is essential to you, there should be no reason to apologize, and there was no excuse and absolutely no reason to be chided at a milonga. You get exposed to partners who cannot offer you a convincing embrace. You are an expert on it. You don't need a class in Impressionistic Tango or Cubist tango if you already know what you want. You want to sculpt out a moving piece of art, two hearts united and fully reacting to the nuances of the music. Will it kill you to learn other styles? No, but that is up to you.

Mark - Thank you, as always, for your perspective. I agree that chiding someone's style preference in an art form would be out of line. What my friend was suggesting was that I was making assumptions about another style based solely on appearance - and not from an informed position.