Sometimes, I want the music 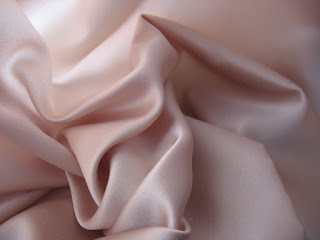 Sometimes I want the music
that covers me like lambswool,
warm, soft and calm.
Its substance lies in the pauses.
the silence between notes,
the air between threads.
I move, but slowly.
And sometimes . . .

Sometimes I want the music
I feel in my chest,
like a clenched fist.
and like a fist,
It demands.
2 comments:
Email ThisBlogThis!Share to TwitterShare to FacebookShare to Pinterest

Back to the Shallow End

I used to love tango festivals. At some point, I hope to love them again, but I think it may be a little while.

Maybe in small, local milongas it's just that I have a little more time to (try to) remember the people I should remember. To say the things I wanted to remember to tell them, and concentrate on what they say to me. Now, I feel so much more awkward in my interactions with people - and the more people around, the worse it is.

At Austin's Yolatango milonga Saturday night, I forgot people, faces, names, and even the context of where I should have recognized them from. Did I meet them in Dallas? Albuquerque? Denver? Here? Have we ever danced? Were they a client? Was I at Albuquerque's tango festival last year, or the year before?


The venue, Austin's Scottish Rite Temple, was gorgeous, The music was fantastic. I had friends to sit and chat with.  It should have been an easy night, and it seemed to be at first. I was happy to be there, excited to see friends visiting from out of town, and at first I was really enjoying the night. But less than an hour into the night, I noticed I was forgetting things. I was losing trains of thought mid-sentence. I couldn't remember who I had just been talking to. Everything I said seemed to be the wrong thing, out of order, confused and worse, nervous-sounding.
It was nervous-sounding because I was nervous-being. The "High School / Prom Night" theme of the milonga was painfully appropriate. I felt anxious, awkward, and quickly exhausted. I couldn't keep track of where we were in the playlist - did we just have a vals tanda? Milonga? Did I remember to ask so-and-so about such-and-such. Did I remember to tell Person A "hello" from Person B, and apologies that they couldn't be there? Where was I sitting? My brain was a chaos of second-guesses.

Everything fell into place when I danced - every single time I danced. I don't mean that I danced all that well. I had my usual annoying struggles. But I felt like myself. I felt natural, calm and happy - as long as I was dancing. The fog lifted. The chaos quieted.

As soon as I stopped dancing and had to interact with people outside of an embrace, I felt like I lost my mind. Thoughts of, "why did I just say that?"  "What did he say his name was?" Then realizing I had been staring and saying absolutely nothing for several minutes while people wondered if I was annoyed at something. (The perils of Resting Bitch Face.)

Is this what large milongas are going to be like for me now? Not a happy thought. Even before I danced tango, I was used to dancing packed clubs, completely surrounded by people. I had no anxiety then - or if I did, I just danced through it and didn't notice.

What are the new rules for my MS brain? Ask me to dance, but don't ask me to talk?

For now, I am back at the shallow end of the pool. I'll go back to my smaller, calmer milongas and figure out what is going so right there -- and going so wrong elsewhere.
3 comments:
Email ThisBlogThis!Share to TwitterShare to FacebookShare to Pinterest
Newer Posts Older Posts Home
Subscribe to: Posts (Atom)