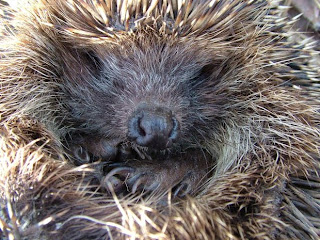 How did I forget how hard it was to get here?
To do this?
How did I forget how elated I was just to be asked to dance?
And then to be able to finish a single tanda without pain?
When did the picture of how I wanted to dance become more important than the dance, and the leader, in front of me? It seems lately the stronger the emotional need I feel in the moment for tango, the more brittle and unyielding I become in my experience of it.

Granted, it was a hard week. A terrible week. Bad news turning to worse news turning to unthinkable news. Plus, I had run out of the medication I use to control pain - and a clerical error (combined with my own poor follow-up) kept me from getting a refill for another 3 days. It was so easy to forget how bad that feels - it had been months since I'd been in that much pain. It's so hard to do the simplest things in that state. Sentences get disjointed. My memory fails me.

Trying to explain to my nurse how I felt... like a porcupine turned inside-out, pin pricks covering my skin. Touch makes it better and worse. Or rather, makes it worse, then better. If I can make it through the initial hot, sharp touch, the pain subsides in that spot eventually. And it's such a relief. But I have to get through the initial increase in pain - like trying to settle into a tub of water that's just a little too hot.
So in this state - this prickly, frustrated, anxious and, if I'm honest, terribly needy, state - I went out to dance.

I walked through the door of the milonga sharply aching for contact with the music and the crowd. In my desire to shield myself from any further pain though, I had started putting wishful, and ultimately useless, parameters on the contact I wanted.

I became critical. Reserved. I watched the leaders, taking in the atmosphere. He's leading linear boleos? At this milonga? groused my exasperated inner voice. I was annoyed for no good reason. This leader I was watching was one I deeply enjoyed dancing with. He had plenty of room for the lead and his partner very clearly enjoyed it. I was deciding, before even being asked, what kinds of things I wanted or didn't want in a dance. Where was this coming from? Would I want to be judged this way - from the sidelines?

In the state I was in, I just wanted to be held and walked - but it's two people that make the dance, and putting my preferences before even being invited to dance was bordering on absurd. In that mindset how was I going to be able to follow? To allow myself to be truly led? That's not entrega. If there's an opposite to entrega - then this was it. I was breaking my own rule to trust first, not wait for a leader to prove something to me. Trust first. Be willing first.

I want to be this kind of follower. In many ways, like I want to be that kind of Buddhist. A blank slate with no expectations, no past, no future - only the moment before me. So much easier to preach that in my blog, and practice it through my comforting veil of a pain-controlling regimen. But when things got tough - I got bitchy.

I was never one of those "naturals" I read about so often - the natural follower. The one with good instincts. Naturally musical. The one who trusts, and because she trusts, can be open to the lead - no matter how advanced. The one who can just be quiet and listen for her partner with her heart. I have to work at it. Some nights I have to work so very hard to stop "working". When I get to that place, it's magnificent.

So for a few minutes I held a "come-to-Jesus" meeting with myself. . .

Just stop.
Turn off the chatter about "I hope he does" or "I hope he doesn't."
Let go of "trying to follow", "worrying about following" and just listen.

Finally, near the end of the evening of one of the milongas, I managed to stay in that space for the entire tanda instead a moment here or there stolen between bouts of nerves. Maybe I had simply worn myself out. In my leader's embrace, I finally let go.
Email ThisBlogThis!Share to TwitterShare to FacebookShare to Pinterest

"When did the picture of how I wanted to dance become more important than the dance, and the leader, in front of me?"

This expresses something I've been wondering about lately...